Exquisite since 1934.  Those words on Gideon Markham’s business card sum up his business. There are many other words that lovers of sweet things may use to describe the delights in the window of Monarch Cakes…but exquisite pretty much says is all.

Monarch Cakes is the oldest of the cake shops that have made Acland Street, in the Melbourne seaside suburb of St Kilda, famous.

When I lived in St Kilda, Monarch’s chocolate kooglhoupf was the dessert of choice; it never failed to impress friends (much more than anything I could make would have!). It’s undoubtedly the most popular item to come out of Monarch’s ovens, and the recipe is a closely guarded secret.

When Polish-born retired architect Gideon Markham bought the business in 1996, the recipe – which is copyrighted – came with it.  The business had been established in 1931 by Polish refugees in the Melbourne suburb of Carlton.  In 1934 it moved to the existing premises, along with the family recipes…including the other hot-ticket item, the century-old recipe for Polish baked cheesecake (these days using cottage cheese from Victoria’s Gippsland). Gideon cuts me a generous slice while he talks, and I’ve eaten half of it before I remember to take a photo! 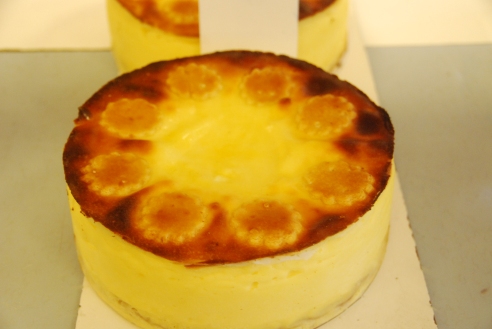 “Acland Street became prominent because it was the only street in Melbourne that opened on Sundays,” he says. “The Jewish and Polish shopkeepers stayed open while everyone else closed. The ‘gold mine’ years of the ’60s, ’70s and 80s have gone but it is still a nice living.

“But as things changed, we have had to change the things we sell too,” he says, indicating an array of colourful cupcakes in the window. “But there has never been a reduction in quality, freshness and appeal.”

Although the chocolate kooglhoupf – which is sold by weight (at about $20 or so for a medium sized one) – is the “celebrity”, another long-time firm favourite with the customers is the plum cake. 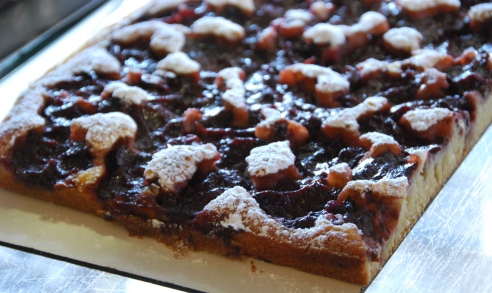 Wander along Acland Street any day of the week and you’ll see shoppers with their faces up close to the windows of the cake shops. On weekends, it creates a bit of a bottleneck outside the shops.

Also in the strip are the Europa Cake Shop, Acland Cakes and Le Bon Continental Cake Shop. They’re all a little different, with varying displays of rich colours and textures…you’ll pick the one that appeals most! 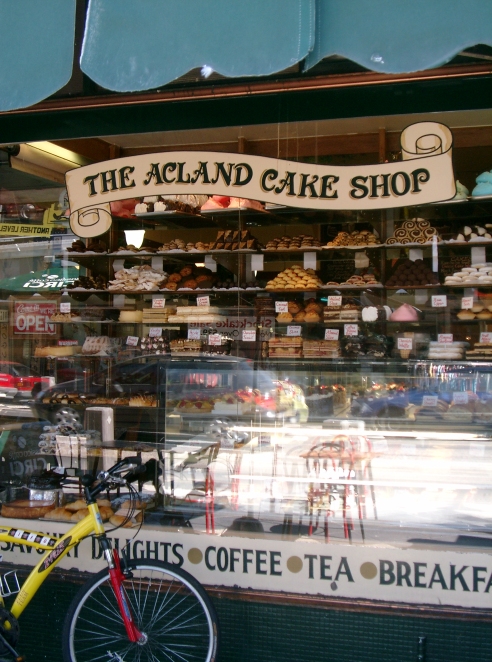 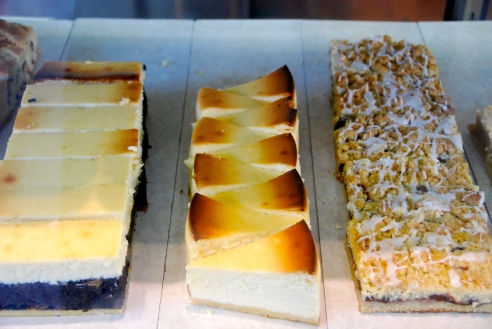 12 Responses to “The cake shops of Acland Street”