I was already travelling when 2018 kicked off, mid-way through a 10-week trip to Europe. There were times this year when I wished life would slow down a little, and allow me to wake up in my own bed more often – but travel writing is a life of constant surprises and one of the things I love is that I never know where the year is going to take me!

Even when I was at home in Brisbane, I was often doing local trips and hotel reviews, updating my knowledge of what’s happening on my home turf. It’s always fun to reflect on the year that’s just finished and see where it’s taken me. Here is a run-down on where I went and some of the highlights of 2018’s travels.

I saw the New Year in while staying in the beautiful Polish city of Krakow, just one of the many places I visited for the first time this year. I fell in love with Krakow, with its medieval history and layers of sorrow in Poland’s more recent past. The people, the food, and the architecture all surpassed my expectations, and I loved writing about it for Vacations & Travel magazine.

Some people describe Bruges as one of the prettiest cities in Europe, and on my first visit I had to agree. Although it was winter, crowds were out in force to enjoy the canal-side paths and chocolate-box architecture. This was a private visit to Belgium, but I still enjoyed writing about it for Your Life Choices (and a few other outlets).

Chilly but still pretty…Bruges in winter.

Road-tripping from London to the north of England, took me to some wonderful and interesting places; some for the first time, others returning after many years.

I was on the trail of British explorer Captain James Cook when I headed to the coastal town of Whitby but found so much more to see and do, including the spooky Whitby Abbey.

Fans of the Bronte sisters will know that I couldn’t get close and not visit their home town of Haworth, where the spirits of Charlotte, Emily and Anne (and their wayward brother Branwell) are still very much in evidence. 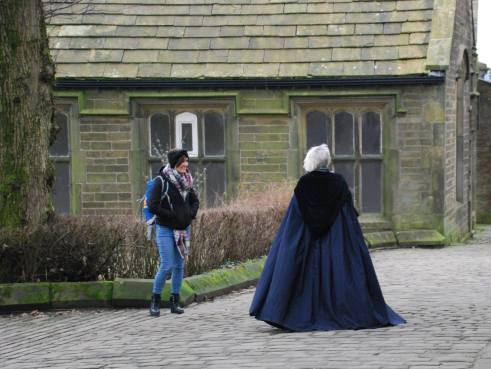 A tourist meets the past in Haworth, the village that was home to the Bronte sisters.

Continuing the literature theme, the next stop – again on impulse – was Shakespeare’s birthplace, Stratford-upon-Avon, which I’ve written about earlier in the year on this blog. I’d been there once before, more than 30 years ago, so was keen to see it again and refresh my memories. And, my, how things had changed! Well worth the detour. 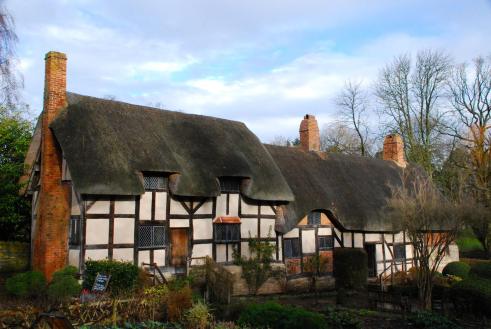 I wasn’t home in Australia for too long before I was heading overseas again – but this time I was still in Australia (sort of). It was my fifth time on Norfolk Island, an island territory of Australia in the South Pacific, but I found it as beautiful and interesting as ever.

Another island loomed soon after. This time it was Tasmania, where I spent a weekend in Launceston for the opening of a rather unusual hotel. Peppers Silo is built in and around four former grain silos and is a terrific place to stay. Check out my review for The Telegraph for more about it. 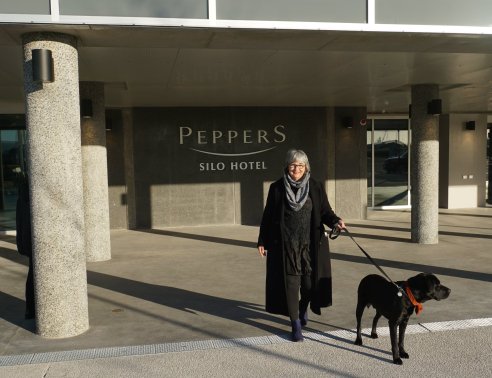 Walking Archie, the hotel dog, at Peppers Silo in Tasmania.

It had been at least five years since I last visited Thailand, so it was strange to find that work would take me there twice over a couple of months in 2018. As always, the best thing about Thailand is the people (with the food a close second for me!). My first trip was on assignment for Signature Luxury Travel magazine, covering the annual Thai Travel Mart event, held in Pattaya, and spending a few days exploring the Krabi region, as well as a day or two in Bangkok.

Soon, I was back again for the Australian Society of Travel Writers‘ annual convention, held in Bangkok. After the convention, I joined a group of travel writers on a tour to two places in Thailand that were new to me, the townships of Prae and Nan, in the north-east. So few tourists visit these areas that the locals were asking us to be in selfies with them! Getting out of the mainstream tourist regions is a fantastic experience, so if  you get the chance to visit either of these places, do it!

Sellers at the early morning markets in Nan, Thailand.

By September, I was heading back to Europe, on a tour with Back Roads Touring to travel from London to Paris via the Channel Islands. As I had never been to the Channel Islands before, I was keen to see what they had to offer – and was not disappointed, with so much World War II history to learn about.

Quaint little villages were a feature of the Channel Islands.

Once across the Channel, we spent a few days in northern France where I ticked off a place I’d always wanted to go: Mont Saint-Michel. I think this just might be one of the most beautiful places I’ve ever been, and one that will stay in my thoughts. 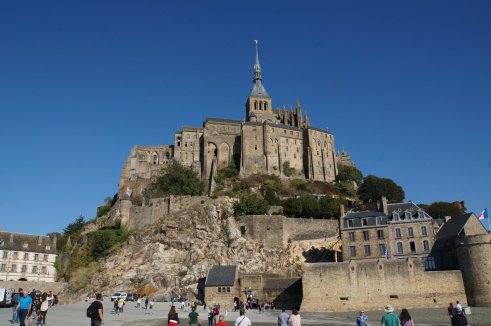 After 10 days at home again, I was on another flight to Europe (yes, not ideal planning, but that’s sometimes the vagaries of travel writing life!). This time my destination was Austria. First, a week in Vienna where one of the many highlights was a special performance by the  Spanish Riding School, and then another few days exploring the region of Styria and the lovely city of Graz.

A special performance by the Spanish Riding School, Vienna, Austria.

My final two assignments for 2018 were back in Australia as I prepared to wind down for the year. In November, I was heading north to Queensland’s beautiful Whitsundays region to check out the plethora of new hotels opening there (and more to come in 2019!).  It’s a gorgeous part of the world, and I got the chance to take a seaplane flight over the Great Barrier Reef to Whitsunday Island. Just magnificent!

Flying over the Great Barrier Reef with Air Whitsunday.

Last, but definitely not least, I headed south to Melbourne twice in the latter part of the year. It was a return to old stomping grounds – in two stints, I’ve lived in Melbourne for nine years – and I loved writing about it for the Sri Lanka Airlines magazine, Serendib. I also wrote about one of the city’s lovely hotels, but after finishing up my work commitments, I had another very important reason to spend time in Melbourne.

One of the personal highlights of my year was the birth of my first grandchild, who’ll be starting his own travelling life this year. So as I wish you all a very happy 2019, full of safe and exciting travel experience, here’s a shot of Ollie and me getting to know each other. Happy New Year, and thank you for following me this year!

Happy travels in 2019, from me and my grandson Ollie.