William Shakespeare has popped into my life twice this year (so far!). Stratford-upon-Avon, the Bard’s hometown, was a spur-of-the-moment stop on my road trip around England earlier this year, and last week my own adopted Australian hometown, Brisbane, saw an innovative production of one of his best-loved comedies, Twelfth Night.

TRAVEL TIP: When visiting Stratford-upon-Avon, buy a “Full Story” ticket, which will save you 60 per cent on single ticket entry to the five Shakespeare experiences. Buy online before you arrive to save a further 10 per cent! 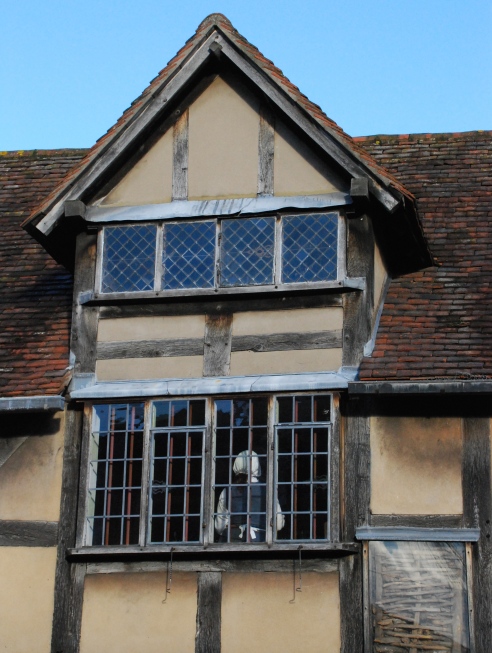 In winter, Mary Arden’s Farm – which still operates in Tudor style – is closed to visitors, and we ran out of time (or was it steam?) for Hall’s Croft.  But the other three were fascinating insights into the life and times of one of the world’s most revered and successful playwrights. 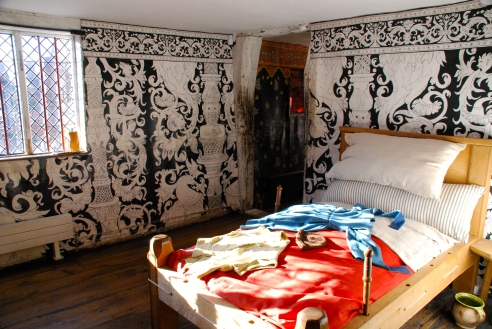 The room in which Shakespeare was born. Love the wallpaper!

Among my favourite spots was the beautiful formal garden at Shakespeare’s New Place, with modern artworks including a colourful mural depicting the great man and characters from his 39 plays. 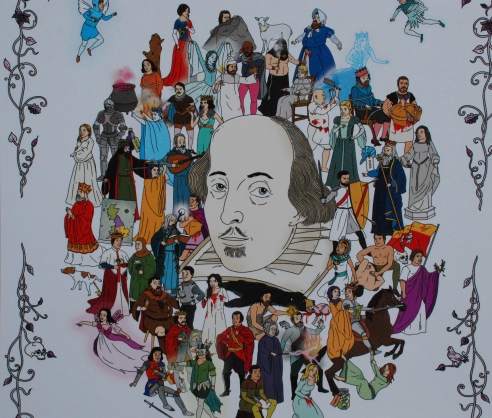 Fast forward to last week and I was sitting in the theatre ready for another dose of the great man’s work. Last year I attended the Queensland Theatre’s production of Macbeth, and now the company is presenting an innovative new version of Twelfth Night, with music by composer Tim Finn (of Split Enz and Crowded House fame). 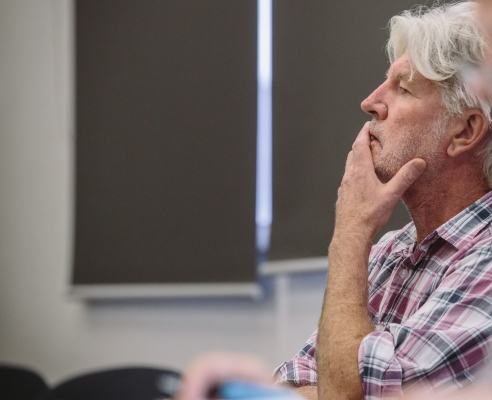 Finn was commissioned to compose a dozen new songs for this production of Shakespeare’s most musical play.

Along with a stunning set by acclaimed international designer Tracy Grant Lord, they bring this hilarious story of misadventure and mistaken identity alive. In the imaginary world of Illyria, a shipwreck sets in motion a crazy tale of separated twins, rebellious servants, and unrequited love. The tangled web amuses the audience, who are in on all the shenanigans, and the live band adds to the merriment. Director Sam Strong says music is “at the absolute heart” of Twelfth Night. “It’s Shakespeare’s most musical play, peppered with songs with his lyrics, beginning and ending with music, and opening with the famous line “if music be the food of love, play on.”

The production has been a hit with audiences and critics. It runs until May 19.

A Glass Half Full attended Twelfth Night as a guest of Queensland Theatre.

7 Responses to “A double dose of Shakespeare”