It’s the Year of the Dog in Chinese astrology, and so far it’s shaping up to be the kind of year I’d rather not have.

Yes, I know I’m late in acknowledging the start of the Year of the Dog (it began on February 16, after all), but there are reasons. As I was born in the Year of the Dog, it’s “my” year, and at Chinese New Year I read with some cynicism that it would be a tough year for Dogs. After all, I’m the glass-half-full person, right?

I’m also an “Earth Dog”, which corresponds to this year too…and a Chinese astrology website I consulted (out of general interest, and hoping to find some good news there) tells me “People born in a year of the Dog are destined to have less good luck in 2018”.

According to Chinese astrology, people in the year of their birth sign will offend Tai Sui, the God of Age in Chinese mythology and are believed to have bad luck in “their” year. It advises that long walks around parks or lakes will improve my chances of good luck. 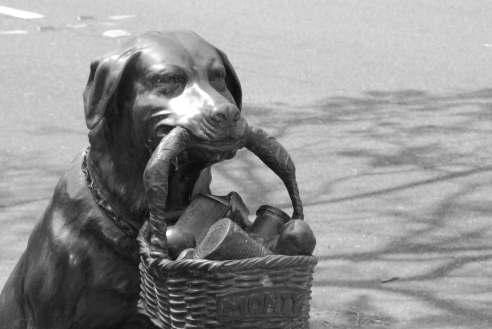 Not very happy with that news, I decide to get a second opinion (from another Chinese astrology website).  This one is even more dire, warning that “it is traditionally the most unlucky year with trouble and danger lurking at every corner”. These troubles will include “unforeseeable problems” in work, a risky financial situation, a social life “full of headaches” and arguments. It warns that “overall, this is a year that Dogs must get through” and that the best way to do that is to keep a low profile.

I pooh-poohed all that. After all, it’s not really true, is it? But over the past couple of months I’ve come to think that maybe there’s something in it after all. For 2018 has not shaped up to a great start for me: recurring bouts of illness, mourning the death of a dear friend, then news of serious illness and a narrow escape from serious injury for two people close to me.

And you may have noticed something of a hiatus in my blogging…yes, it’s called blogger’s block. After nearly three months of constant travel as 2017 became 2018, I’ve been concentrating on other writing projects, some of which have also been unexpectedly and unusually challenging.

During Chinese New Year, I was staying in a hotel in Sydney, where the management kindly left me some fortune cookies and a small gift. The fortune cookies were stale and chewy but the messages in them were worth noting. They seemed written just for me. 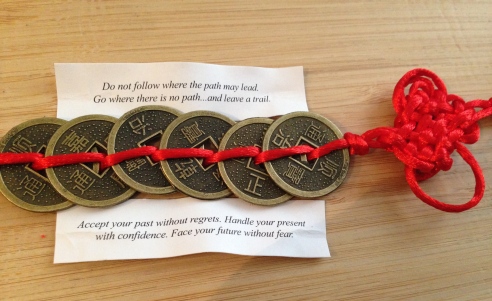 Maybe it helped, because things are on the up again, all round. My health has recovered, I’ve had some recent career wins, and I’m feeling positive and ready to begin blogging again (lots of stories to tell from my travels in Morocco and Europe!). In short, I’ve got my mojo back!

Meanwhile, I’m going to try some of the advice from the Chinese astrologers: apparently it’s the Chinese tradition to wear red underwear every day during their zodiac year to ward off bad luck (worth a shot) and I’m just off for a walk in the park!

As they say, once this year has passed “Dogs can continue on their steady and quiet road to happiness”. Roll on February 4, 2019!

I’ll leave you with a photo of my favourite dog, Lilly (she’s not mine, but I love her anyway). 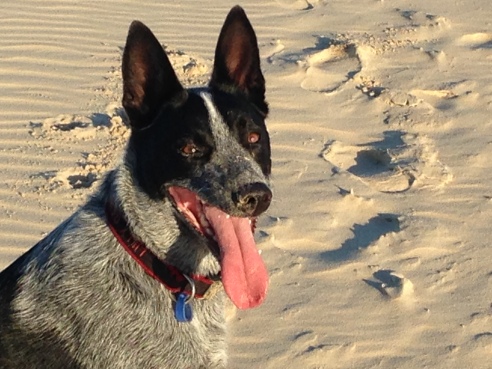