Finland has six medieval towns, and when I visited recently I was lucky enough to visit two of them, both within easy reach of Helsinki.

Founded nearly 800 years ago, Porvoo is the second oldest city in Finland (after Turku, the other medieval town I went to) and much of its history remains intact, from the charming weatherboard houses and shops to the cobblestone streets of the Old Town. 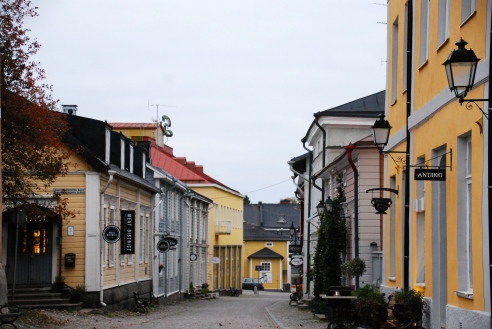 Located about 50km east of Helsinki, Porvoo is connected to the Gulf of Finland by the Porvoo River, which flows through the town. Along the banks of the river are Porvoo’s landmark red “shore houses”. Apparently the shore houses were first painted red in the late 1700s, in honour of the anticipated arrival of Sweden’s King Gustav III, and the tradition stuck.

Historically, Porvoo has been an important centre of trade and the shore houses were once used to store goods and produce. Most of the buildings still intact date from the 1800s. 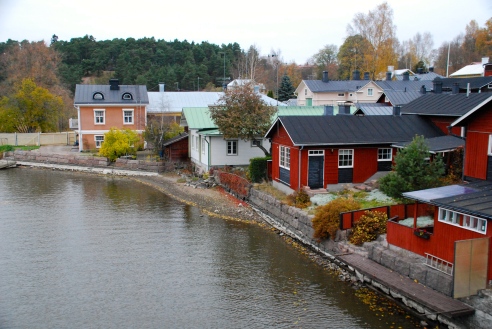 For a town of 700 people, there a very few of them around when I wandered around the lovely streets. A few were walking dogs, others huddled outside the church (waiting for a funeral to start, perhaps), but it’s likely the bitter wind was keeping most sensible people indoors.

I was intrigued by the ladders attached to the outside of every house in Finland, old or new. The reason: to allow access to remove snow!

Visiting in October, before the snow started to fall later in my trip, had the bonus of seeing the trees in their various autumn colours.

Porvoo Cathedral was built at the turn of the 14th century. Over the centuries, the cathedral has been burned down five times, most recently in an arson attack 10 years ago, when it closed for two years for major renovations. 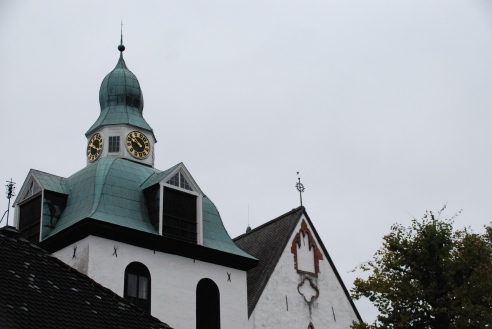 I stayed at Hotel Haikko Manor & Spa, about 7km out of town. This is an old manor house, beautifully converted to a hotel and spa complex, set in sprawling gardens that slope down to the water’s edge. Built in 1913, the present hotel is the latest incarnation, but there has been a manor house here since 1362. 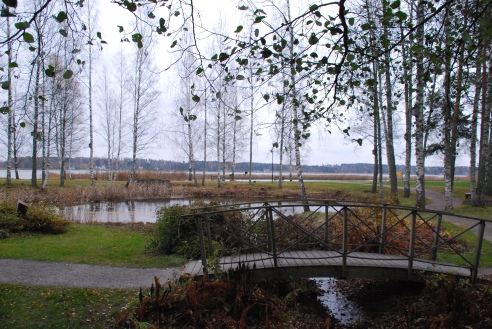 Travelling to Finland? Porvoo is definitely worth at least a day trip!

4 Responses to “Porvoo: a medieval town”