There’s a little bit of the “twitcher” in me.  Some of you might understand what I mean by that;  for the uninitiated it means that I like bird-watching.  Not very seriously, but I like photographing birds for their infinite variety and colour.

Australia is a great place for colourful and interesting birds, and a place that “birders” love to flock to (pardon the pun) each year is the Gold Coast hinterland in south-east Queensland, not too far from Brisbane, where I live. Not long ago, I spent a few days at O’Reilly’s Rainforest Retreat which each year hosts an annual Bird Week.

Owned and managed by the O’Reilly family for 90 years, this is a very special place, surrounded by 20,000ha of sub-tropical rainforest, waterfalls and wildlife that make up the Green Mountains section of Queensland’s Lamington National Park. There have been O’Reillys on the mountain since 1911, when brothers Tom, Norbert, Mick and Peter and their cousins Pat, Luke and Joe established dairy farms here.

Lamington National Park was proclaimed in 1915, with Mick O’Reilly becoming Queensland’s first park ranger, and Tom O’Reilly opened his guesthouse to its first customers for Easter 1926. Members of the fourth generation are now learning the ropes at the family business that has now welcomed around 960,000 guests from around the world.

Guests still come here largely for nature-based activities, and it’s easy to see why. On my first morning, I’m up early for a rainforest bird walk with wildlife documentary maker and naturalist Glen Threlfo, who’s been leading nature walks at O’Reilly’s for 36 years. In the early morning silence, as we wait outside the guesthouse before setting off, we hear the distinctive whip-crack call of an Eastern Whipbird. We’re all smiles at this sound and during an hour’s walk we are thrilled by the sight of not only of the elusive Whipbird but also others including an Eastern Yellow Robin. Glen is a regular presence and the birds are used to him, making spotting them easy.

We’re also privileged to see the nest of a Satin Bowerbird. The bird is absent, but its collection of bright blue objects – plastic bottle tops, clothes pegs, bits of paper, anything blue and shiny – is there for us to see. The male bowerbird decorates his carefully built “bower” with these treasures in order to impress his potential mate. 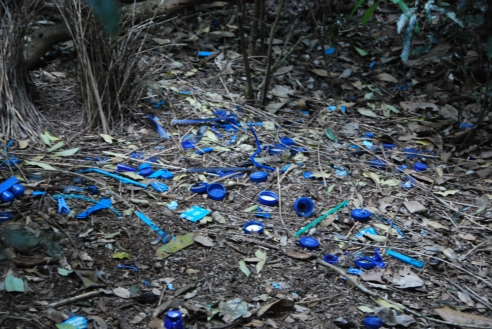 Even for those visitors who don’t want to head into the bush, there’s a chance to hand-feed some of the brilliantly hued parrots who frequent the trees around the guest house, including crimson rosellas and the gorgeous Australian King Parrot.

Next month, O’Reilly’s is set to welcome 60 birding enthusiasts to Australia’s biggest and longest running birding event, the 39th annual O’Reilly’s Rainforest Bird Week, which will run from November 13-19, with an educational program featuring an array of expert presenters. 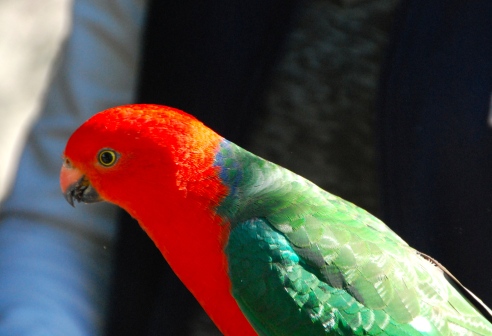 Naturalists will also get the opportunity to see mega-species such as the rare Alberts Bowerbird, not found anywhere else on earth. Other sought-after birds include the Paradise Rifle, Rufous Scrubbird and Regent Bowerbird (which features on the O’Reilly’s logo). 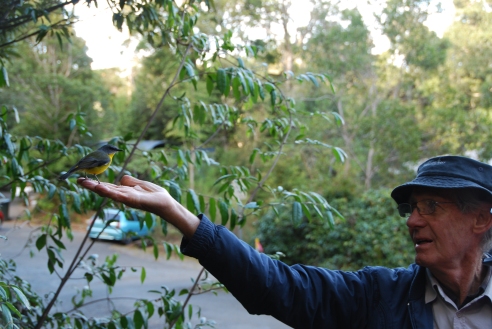 Naturalist Glen Threlfo has an affinity with the birds.

Threlfo says his ambition is to film the Paradise Rifle bird during its courtship dance. “They’re the only birds of paradise in this part of Australia. Named after the colours on the uniform of the British rifle brigade, they are black with beautiful metallic blue and green throat and tail feathers. When the male bird displays, it throws back its head, fans out its wings and makes a scraping, raspy sound them. They perform this dance up in the mossy horizontal canopy of the rainforest, so filming it will be a challenge! But I say it’s the one of the most stunning bird displays in Australia, so it’ll be worth it.”

A Glass Half Full stayed as a guest of O’Reilly’s Rainforest Retreat.