For those of us who live on the east coast of Australia, seeing the sun sink into the Indian Ocean is usually a highlight of a trip to Western Australia.

And nowhere is that experience more exotic than from Cable Beach, near Broome, where crowds gather on the sand at twilight in preparation for the end of the day. Beach chairs are set up, wine coolers opened, beers cracked and the cameleers load up their charges with eager tourists to walk the length of the beach. They start before the sun gets too low in the sky, turning to come back along the beach as the full effect of the sinking sun takes over. 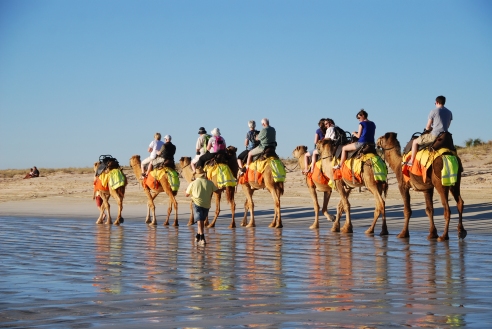 There are three camel ride operators on Cable Beach, each offering a similar experience in apparent harmony; talk to locals and they’re sure to mention the “camel wars” that raged a few years ago over rights to camel licences for the beach route.  That’s sorted now, and the camels plod along in single file each afternoon in a ritual that’s now synonymous with Broome. Different operators take slightly different paths but the experience seems much the same.

I decided against a camel ride, preferring instead to watch them from afar, silhouetted against the backdrop of ocean and sky. And I was glad I had, as it’s a spectacular sight. 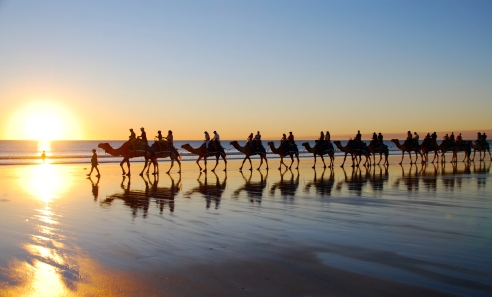 The beach is also a gazetted road, so vehicles are allowed on sections of it, making it easy for locals in particular to pick a spot to settle in for the sunset. 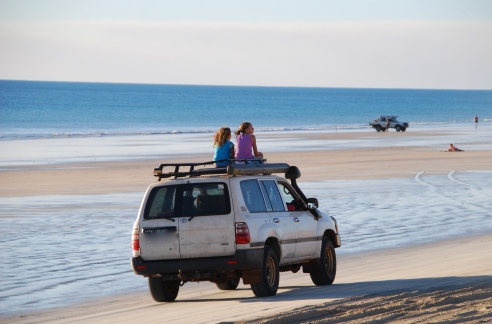