Happy St Patrick’s Day to all my readers – Irish or not!  My first visit to Ireland last year was among the best writing trips I’ve made, especially as I was travelling alone.

As regular readers may remember, eating alone is one of the things I hate most about travelling solo. And for travel writers, it’s an occupational hazard as we are often on the road alone.

But in Ireland, I never felt lonely because there was always someone ready to strike up a conversation. And one of the things that was an unexpected pleasure was that the food in Ireland was so good. Potatoes, yes…but so much more.

Breakfast, lunch and dinner all opened up new possibilities for food, always one of the delights of travelling in a new country.

On my first two days in Ireland, staying at one of Limerick’s top hotels, the very elegant No 1 Pery Square, I had the same breakfast. The smoked haddock omelette was so good I came back for more the second day!

There was an option for “morning glory” which I was informed was champagne and orange juice – but it was a bit early for me!

Instead, before dinner at No. 1 Pery Square, I sampled the “gin and tonic menu”, on which each tipple came with added spices, depending which brand of gin you chose. My favourite, Bombay Sapphire, came with black peppercorns and lemongrass (and lemon rind as well). It was delicious. 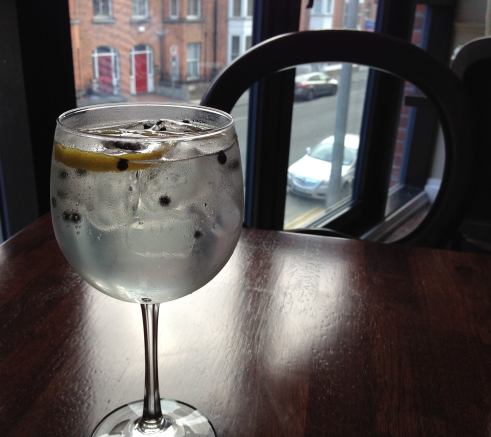 Breakfasts featured large in my enjoyment of Irish food. In the beautiful – if somewhat touristy – village of Dingle, I was brave enough to put black pudding on my plate from the buffet at the Dingle Skellig Hotel, along with smoked fish and scrambled eggs. There was also “white pudding” but I wasn’t sure what was in that!

At the beautiful Brook Lane Hotel in Kenmare, as I pored over my map of Ireland’s south-west to plan my day, I was offered a heart-starter for breakfast: porridge with a choice of Jameson’s whiskey, Bailey’s, or Irish Mist. I went for the whiskey. And there was cream and brown sugar too, of course!

Dinners were also a treat. Some of the best I had were in Dingle. One night, a big pot of local mussels in a white wine and cream sauce with parsley and garlic bread. On another, huge local scallops. Hardly surprising in this lovely little town where the harbour is crowded with fishing boats. 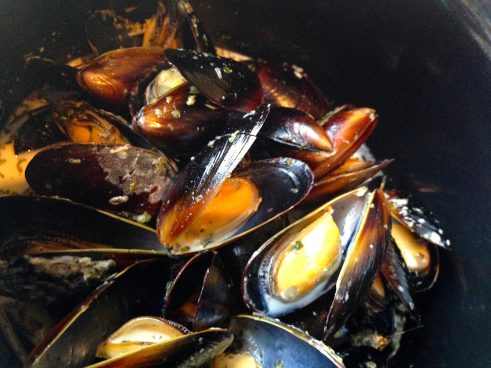 On my final night on the road in Ireland, at the West Cork Hotel in Skibbereen, I ordered the roast and was not disappointed. My plate was laden with thick melt-in-your-mouth slices of Irish roast beef, on a bed of creamy mash, with a side of horseradish and a small bowl of veges. Comfort food indeed. 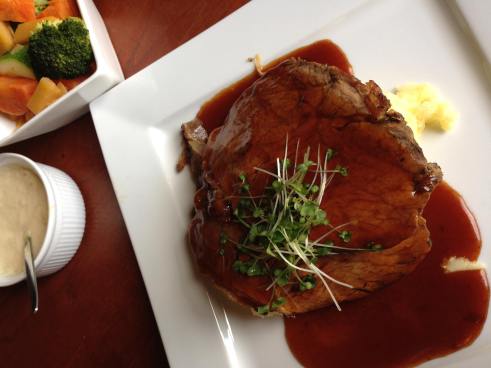 And of course, no trip to Ireland – and no St Patrick’s Day – would be complete without tasting that most Irish of brews, Guinness. Yes, I did. 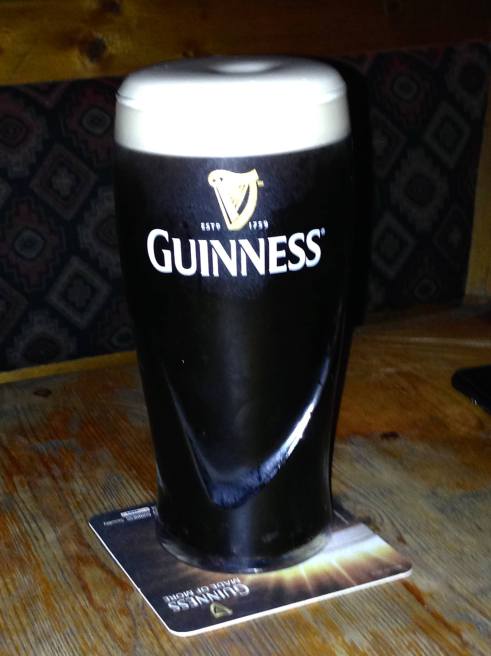 A Glass Half Full travelled in Ireland as a guest of Tourism Ireland.

4 Responses to “Tipples and tastes of Ireland”