One minute, I was photographing a white heron perched on a bush on Kalakaua Avenue in downtown Waikiki. The next, the air was filled with the roar of a cavalcade of motorcycles. Soon I had joined a throng of onlookers lining the street as the 38th annual parade of Street Bikers United Toys for Tots cruised  through town.

And what a sight it was. Not just the bikes, but the fact that they were adorned with toys and tinsel, their riders outdoing each other in variations of Santa suits and other Christmas costumes.

It took an hour and a half for the parade to pass by the spot where I was standing.  The convoy of bikes was greeted with smiles, waves and applause, as it transported donated toys to a collection point for the Marine Corps Reserve’s 2012 Toys for Tots Hawaii program.

I was told there were about 6000 motorcyclists taking part, from Oahu and the neighbouring islands of Hawaii as well as from mainland USA, Japan, England and around the world – and I’m ready to believe it.  They just kept coming.

Enough words. The pictures tell the story much better. 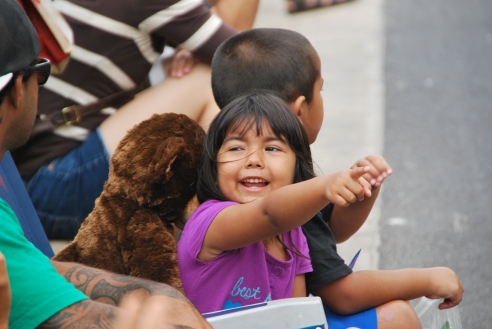 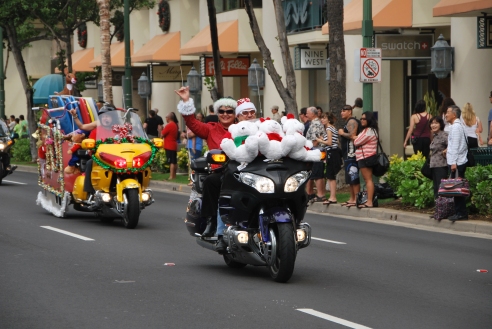 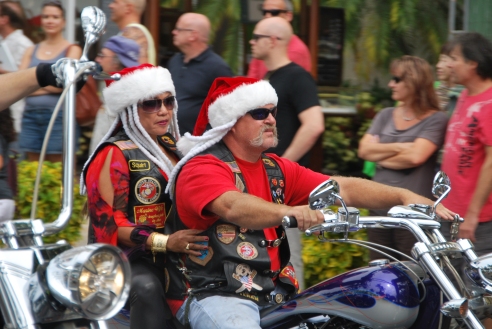 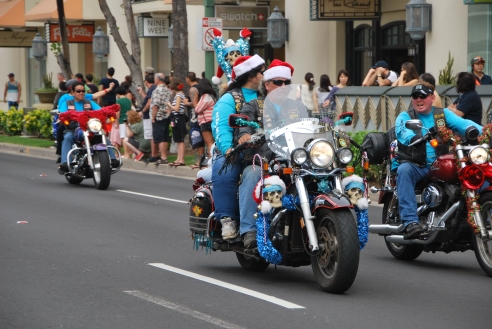 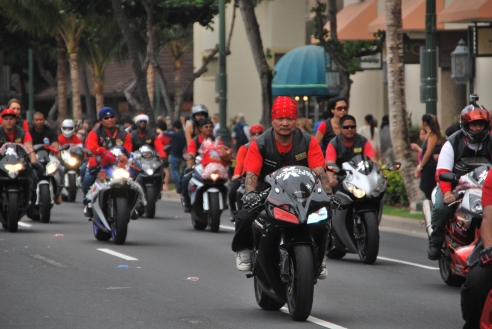 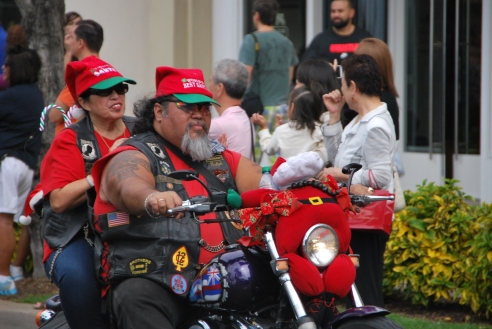 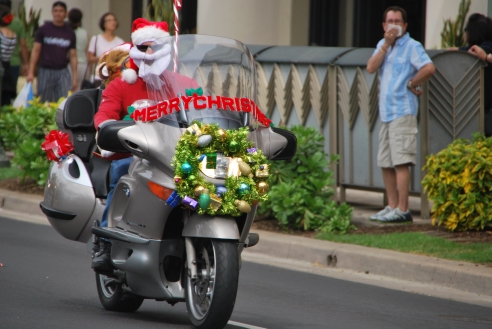 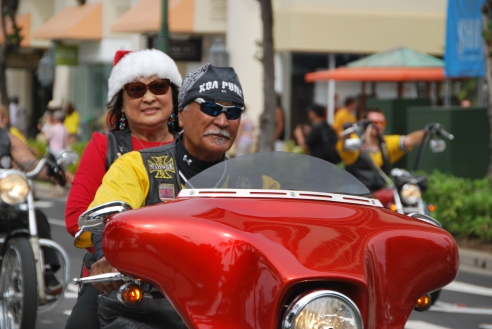 6 Responses to “Christmas comes to Hawaii”