Born and bred in an island nation, perhaps it’s no surprise that I’ve got a penchant for islands. And looking back on my travels this year, I can see that – by luck rather than design – islands have predominated. Some, I’d been to before, others were new and exciting destinations for me. So here, in pictures, is my year of islands (and a few other places as well).

SOLOMON ISLANDS: My first travel destination of the year, in February, was to the beautiful Solomon Islands in the South Pacific. The Solomons is made up of six major islands and more than 900 smaller islands. I visited three of the big islands: Guadalcanal (where the capital, Honiara, is located), gorgeous Gizo, and Munda. Then there were some stop-offs at smaller islands, including Kennedy Island, Lola Island, Skull Island and Rendola Island. I’m keen to go back sometime…so many more to explore! And even some of the airstrips were on islands (well, atolls really). 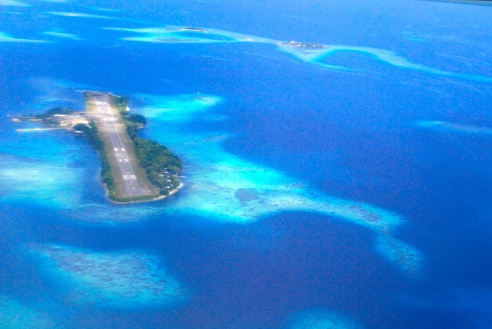 Getting there is part of the fun in the laid-back Solomon Islands.

TASMANIA: A guide book assignment in March saw me spending two weeks driving around Australia’s heart-shaped southern island, from Hobart in the south to Launceston in the north, the wilderness of the Tarkine, and the beautiful Bay of Fires in the north-east, where I saw this seal colony on a small island off-shore.

Wildlife watching is easy in Tasmania.

MORETON ISLAND: In August, I hopped across Moreton Bay from my home in Brisbane for a weekend of whale watching and dolphin feeding at Tangalooma Island Resort on Moreton Island, which is the second largest sand island in the world. One of the sights is the lighthouse at Cape Moreton, built in 1857.

DAYDREAM ISLAND: The beautiful Whitsunday islands in Queensland were among my travel plans in September. After landing at Hamilton Island, I took a boat to Daydream Island for a few days.  Most of the 74 Whitsunday Islands, which lie between the mainland and the Great Barrier Reef, are uninhabited but a few are home to lovely resorts – and Daydream is one of those!  The mermaids below are among the many quirky features of the resort, which is currently undergoing a major renovation. 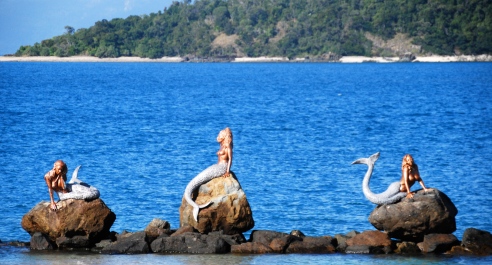 SINGAPORE: This island nation was a stopover en route to Finland in October – and although brief, it was great to have a chance to reacquaint myself with this Asian hub, so full of life and action.

Supertrees, Gardens by the Bay, Singapore.

FRENCH POLYNESIA: The islands of Tahiti and Moorea beckoned in November. I spent four days there and loved the contrasts between the laid-back resorts of Tahiti and the dramatic volcanic landscape of Moorea, pictured below.

The island of Moorea, French Polynesia.

GAMBIER ISLANDS: Mangareva Island, the largest in the Gambier Island Group, in the eastern part of French Polynesia), was an interesting surprise. With only a few hours to explore, before I boarded the ship to Pitcairn Island, I came across some lovely scenes.

PITCAIRN ISLAND: One of the most remote places in the world, Pitcairn Island is famed as the hiding place of the Bounty mutineers  in 1789. It’s a rugged place, with a population of only about 50, almost no roads and no airport. Getting there involves a 30-hour sea voyage on the supply ship from the Gambier Islands. This was my first sight of the island from the ship, as dawn broke. 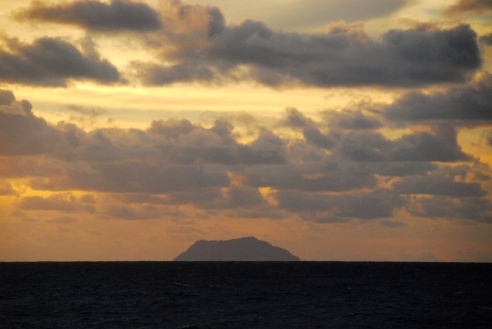 NEW ZEALAND: Snatching a brief opportunity to visit my birthplace is always a joy and was a great way to finish my travel year in early December. 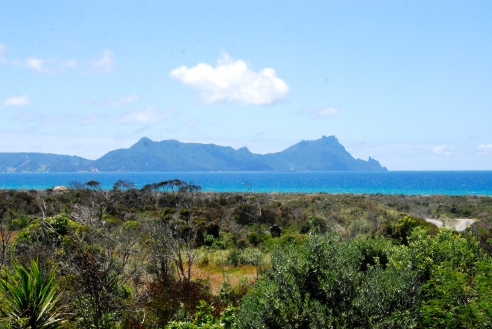 Although not islands, there were a few other places worthy of another mention as highlights of 2016 for me.

CAIRNS, AUSTRALIA: A trip to Tropical North Queensland is always interesting – and warm! I headed for Cairns, Port Douglas and Palm Cove in July for a week or so on assignment. As the gateway to the Great Barrier Reef, this region has a lot to offer. 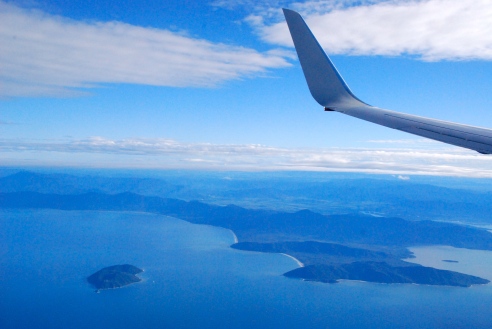 DARWIN: Australia’s northern-most capital city, Darwin is a place of magnificent sunsets. Combining work and a holiday, I explored many of the city’s attractions as well as Litchfield National Park and Nitmiluk National Park in August.

FINLAND: One of the highlights of my travel year came in October. Finland was a wonderful surprise, from the capital Helsinki in the south to the snowy landscapes of Lapland in the north. Reindeer, huskies, glass igloos and log cabins, walks in snowy woods…it was sometimes like being in a fairytale.

HAPPY NEW YEAR to all my friends and followers!  May 2017 bring you joy and laughter, and some travel adventures that inspire and challenge you. Thank you for your support of my blog – for your comments, likes and feedback, which are always appreciated so I know you are reading, and what you like reading. I hope to share more stories of travel and life with you next year.

6 Responses to “My year of islands”