Crocodiles are part of life in northern Australia. Just hope that the only place you get close to one is in the safe confines of a wildlife park, with plenty of space between you and those jaws.

One of the best places to see crocs, in my view, is Hartley’s Crocodile Adventures in far north Queensland, about 40km north of Cairns on the Great Barrier Reef Drive on the way to Port Douglas. I’ve been there several times, and rate it one of the best wildlife parks in Australia.

The best thing about it is its wonderful natural setting. The main focus is a 2ha lagoon fringed by melaluca (Paperbark) and bloodwood trees, which is home to 19 estuarine (saltwater) crocodiles. 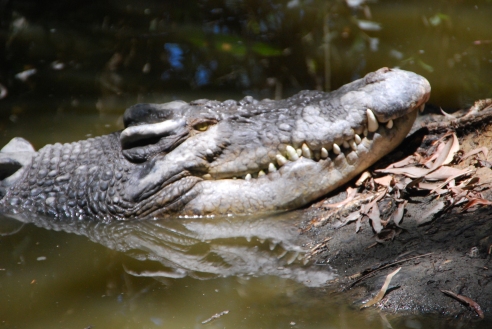 This 4.4 metre “saltie” is called Trinity, after Cairns’ Trinity Inlet where he was captured in 1991. He weighs about 350kg and is estimated to be about 50 years old.

At 11am you can see these monsters being hand-fed or hear an eye-opening talk on the less-aggressive and smaller freshwater crocodiles.

Somewhat nervously I signed up for a “Big Croc Experience”. Provided with a long pole, on the end of which is a dead chicken, you get to dangle the tasty morsel over the water and wait to feel the immense power of these massive creatures as they rise from the water to tug the food off the pole. It certainly helped reinforce my already very healthy respect for keeping my distance from these leviathans. The Big Croc Experience happens twice a day, each time only open to only six adults (you must be 16 or older, but your friends and family can come along to watch). 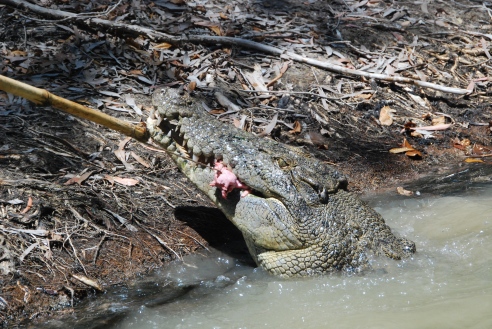 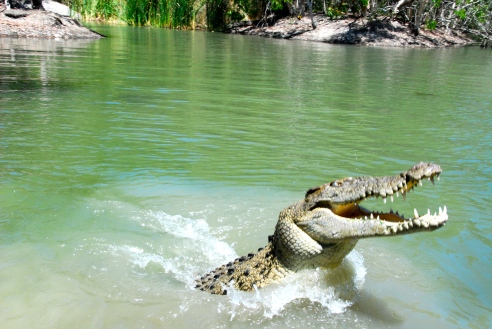 The best time to visit is for the 3pm “croc attack” show, when you can witness the saltwater crocodile “death roll” during the 45-minute performance. 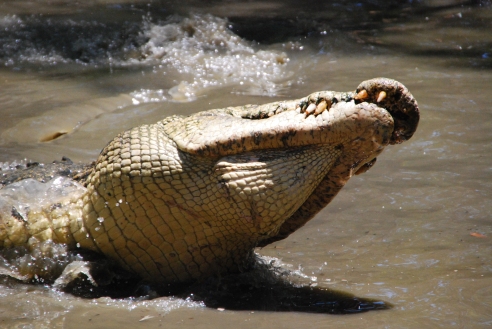 There are also snake shows, feeding times for koalas, wallabies, quolls and cassowaries, tours of the crocodile farm,  and opportunities to handle crocodiles and snakes if that appeals to you.  Of course, these are juvenile crocs (like the one I’m holding in the picture above), and even then, their jaws are immobilised to prevent any injuries from those sharp little teeth!

After feeding the crocs, it was time to feed ourselves.  The restaurant at Hartley’s overlooks the lagoon and it’s an strange feeling to be tucking in to my crocodile dish and being able to see one of its mates lurking below under the floorboards of the deck. 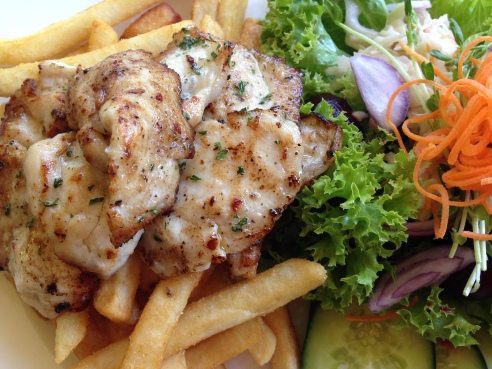 But for me, the highlight was the lagoon cruise. Cleverly designed boats ensure that everyone gets a good view, and it’s comforting to hear that the safety glass is specially strengthened. 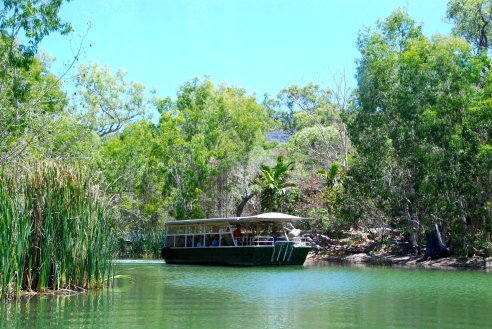 The guide’s commentary on the cruise is excellent, giving an insight not only into the life cycle of the crocodiles but also their role and importance in their wetland environment and how that impacts on other creatures who live here too. Birdlife is prolific and colourful too. 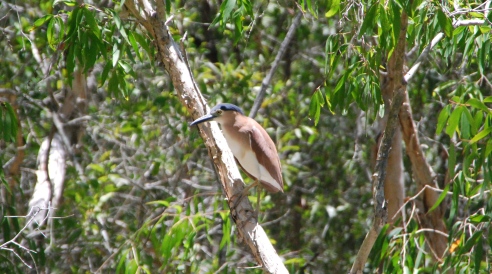 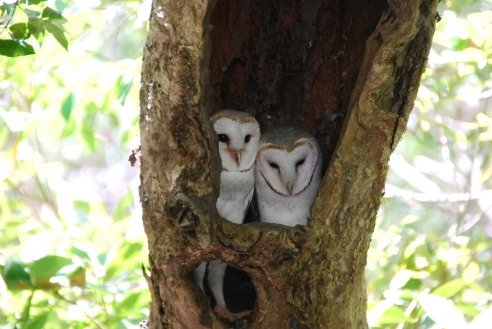 Crocodile awareness is important when travelling in northern Australia, so here are a few tips based on advice from both the Queensland and Northern Territory governments about being “croc aware”. The most important thing is to never take unnecessary risks.

A Glass Half Full visited as a guest of Hartley’s Crocodile Adventures.

3 Responses to “Never smile at a you-know-what”