Waking in a strange bed is nothing new for me. Hotels come and go, and some of the more standard ones become indistinguishable from each other as time passes. But there are some that are memorable and this was one of them.

When I woke in my bed at Eco Beach Resort, about 120km south of Broome, my first thought was that I had left the light on when I fell asleep. My “room” was made of canvas, so there were no windows and the room was bright with golden light. It was the sun, reflecting through the walls of my safari-style “eco tent”, creating the wonderful pattern of the trees outside.

My tent was one of 30 at the resort for those who want the “glamping” (glamour camping) experience. There are also 25 luxury villas linked by elevated wooden boardwalks, or large ocean-front beach houses. 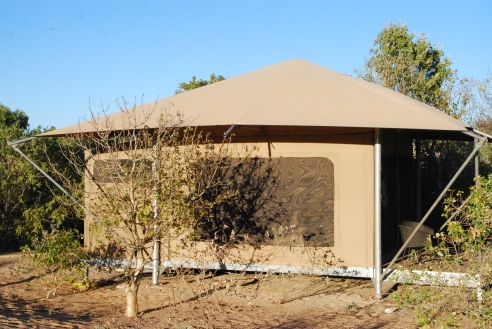 It’s only about an hour’s drive from Broome, but I had flown instead, taking advantage of the light plane service that allows a fabulous aerial view of this part of the Kimberley coastline. 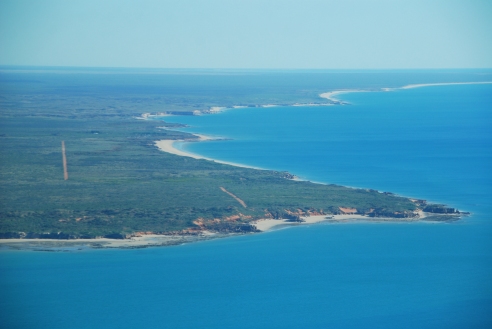 As often happens in the life of a travel writer, I had very little time on the ground to explore, with my 3.30pm flight touching down on Eco Beach’s red-dirt landing strip about half an hour later and my next morning departure at 10am. 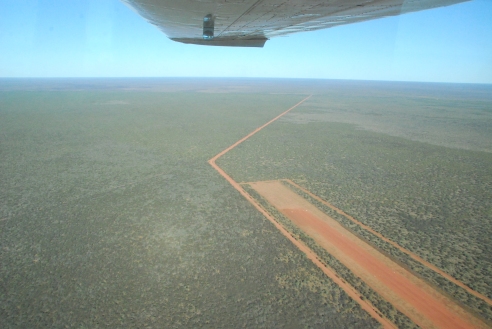 After checking in, my hostess Josie takes me on a 20-minute beach drive to the mouth of Jack’s Creek. It’s low tide and we’re here for yet another stunning Kimberley sunset.  A group of off-duty staff from the resort are trying their luck for fish in the creek, but there’s no-one else around and it’s a perfect end to a busy day. 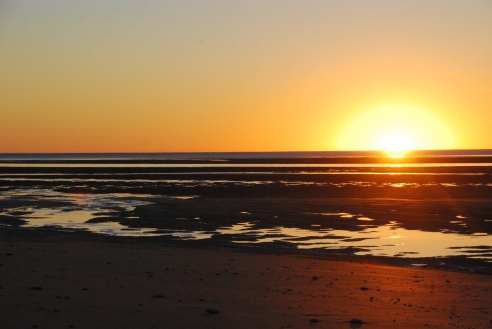 After dinner at the resort, it’s early to bed (there’s no TV in the tent, thankfully) and consequently I’m up with the sun.  Making the most of my short time here, I head to the beach and turn south. Above me on the dunes are the luxury villas, solar panels on their roofs. I’ve been told that these generate 2kw of electricity and excess power is diverted to the Eco Beach grid and used where needed throughout the resort. This is just one of the many “eco-friendly” aspects of the resort. 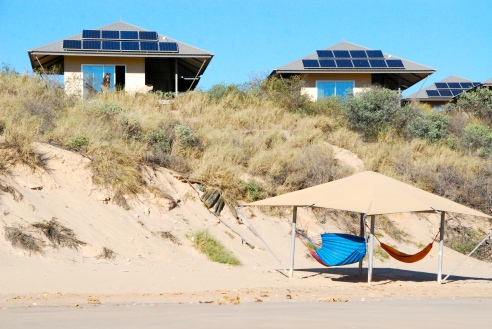 As I leave the resort behind me, I’m soon entranced by the rock formations that loom ahead. My footprints, and a few small animal tracks, are the only marks on the wide stretch of sand. The point of land at the end of this stretch of beach, I later learn, is called Sunset Point and is made up of five-million-year-old sandstone. Continuing around the point, I come to the Mini-Bungles, their misshapen heads shaped by the weather between 65 and 200 million years ago, when dinosaurs roamed. 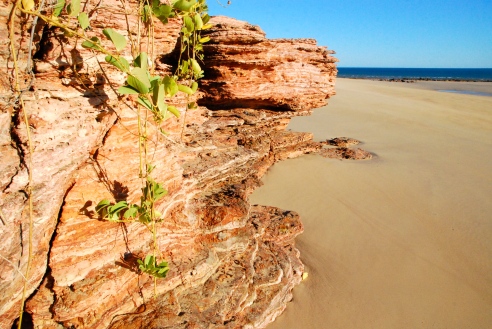 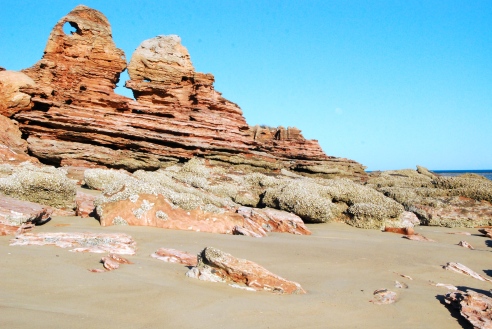 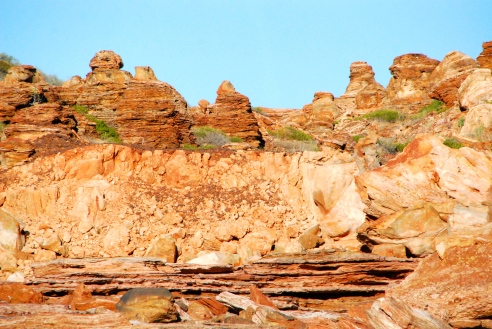 I could go further, to similar rock formations and several caves, but time is against me and I turn back reluctantly. It’s another place to mark down on my “must come back sometime” list!

A Glass Half-Full was a guest of Australia’s North West and Eco Beach Resort.