Beautiful stone walls and hedges border garden beds brimming with flowers, busy bees and all shades of green. Gardeners are hard at work, and visitors are sitting or strolling, or taking tea in the cafe. There is something incredibly relaxing about an English country garden, and I found one of the best – and most useful – on my visit to London.

Not far from the banks of the River Thames, the Chelsea Physic Garden, founded in 1673, is London’s oldest botanical garden. Developed by the Worshipful Society of Apothecaries of London to train apprentices in identifying plants , it has a botanical collection that is strongly representative of medicinal and “useful” plants. 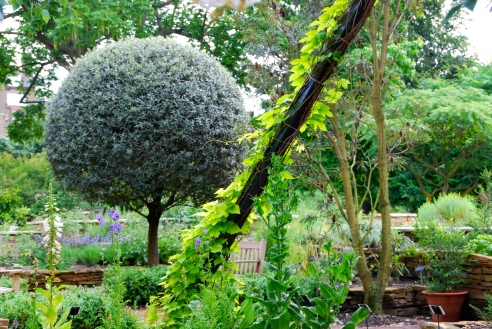 Now run as an independent charity, the garden has a collection of around 5000 edible, medicinal and historical plants. It is a peaceful green oasis in the heart of the city, and its location near the river ensures a warm microclimate ideal for the survival of many non-native plants unused to cold English winters.

Among the 100 different trees – including pomegranates, mulberries and eucalyptus – are the largest outdoor fruiting olive tree in Britain and the world’s most northerly outdoor grapefruit tree. 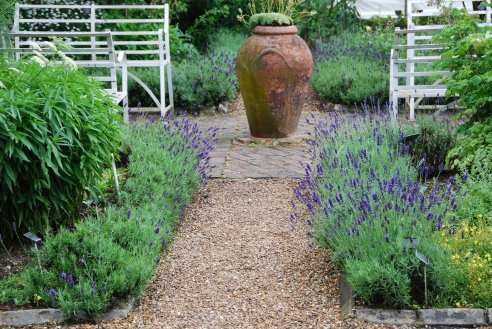 As I strolled around this wonderful place, I found there were some fascinating stories attached to the gardens.  One concerns the Royal Society’s first president, Sir Hans Sloane (whose statue stands in the gardens and after whom nearby Sloane Square and Sloane Street were named), who gave the gardens under covenant to the Society of Apothecaries in 1722, leasing it to the society for £5 a year in perpetuity. 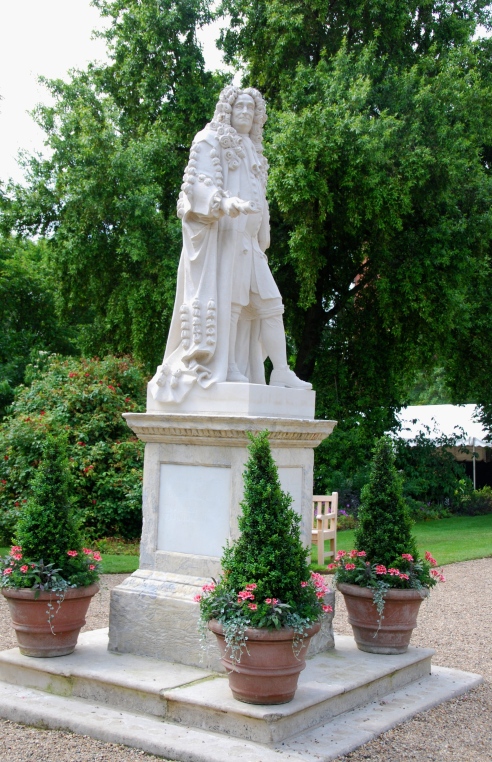 A physician, botanist, apothecary and collector, Sir Hans was responsible for promoting the use of Cinchona (Peruvian bark) as a cure for malaria. A century later, Cinchona’s active ingredient was isolated as quinine, the anti-malarial drug still in use today.

With around 50,000 visitors to the gardens each year, space dedicated to medicinal plants was doubled last year, with a new Garden of Medicinal Plants developed, spanning everything from ancient Greek herbal remedies to “plants of the future”.

Education is a prime concern of the garden.

It’s fascinating to find familiar plants in this far-away place, but the work of explorer and botanist Sir Joseph Banks ensures that visitors from the antipodes will do so. Banks sailed with Captain James Cook to many places, including Australia, collecting avidly as he went.  He was also a long-serving president of the Royal Society, and is well known for his work establishing the Royal Botanic Gardens at Kew.

He donated seeds from many countries to the Chelsea Physic Garden and lava from Iceland, collected in his travels during 1772, was used in the construction of the rock garden in the centre of the garden. One section of the garden is named for him, and is full of plants first named by or after Banks, and ones introduced into cultivation by him. Ah yes…there’s a Banksia!

The pond rock garden is built of a variety of rock types, including stones from the Tower of London, and is the oldest rock garden in England on view to the public. It was completed in August 1773. 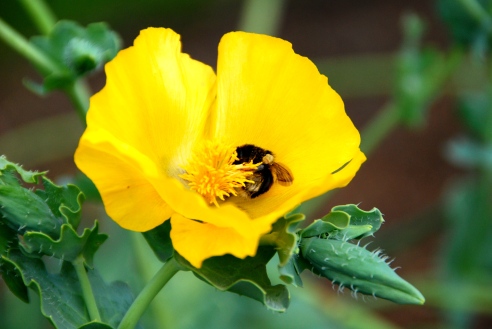 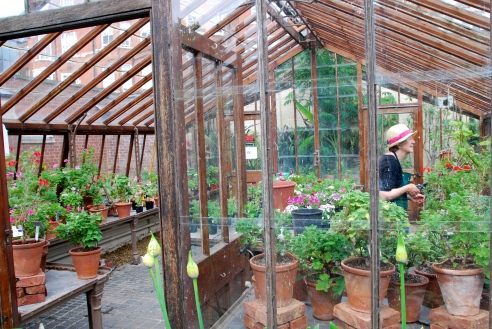 Volunteers work in the gardens and glasshouses.

After strolling around the garden, it’s a delight to sit in the Tangerine Dream Cafe with a pot of tea and scones (try the lavender ones if they’ve been baked that day) and soak up the serenity.

This is one of London’s best-kept secrets…make sure you visit it sometime. 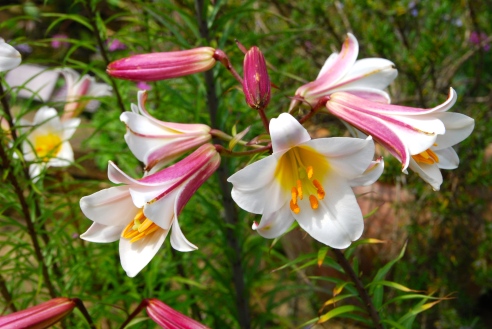 A Glass Half Full travelled with assistance from Visit Britain.

11 Responses to “In an English country garden”