Arriving at my Gold Coast hotel last weekend, I was thrilled to see that right outside the door was the seaside city’s new tram line. I love trams, and have been itching to have a ride on ‘The G’ (as it is called) since it started running a couple of months ago. Now, I had my perfect chance.

I was on the Gold Coast to attend the fifth annual ProBlogger Training Event, along with 550 other bloggers from around Australia (but more about that later).

My choice of hotel for the weekend was Outrigger Surfers Paradise, which is perfectly located just metres from the beach in one direction, a tram stop even closer in the other, and a five minute walk to the conference.

But first, there was a bit of serious catching up to do with some of my fellow Brisbane bloggers, who were also staying at the hotel.  The sun was setting as I headed to my room, where I found a nice welcome waiting for me. 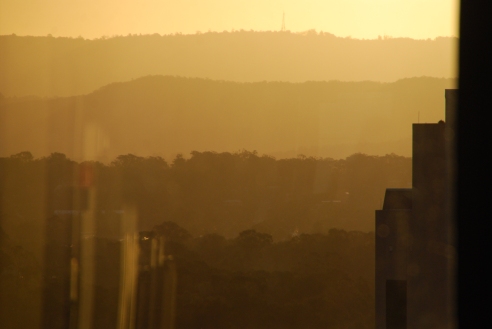 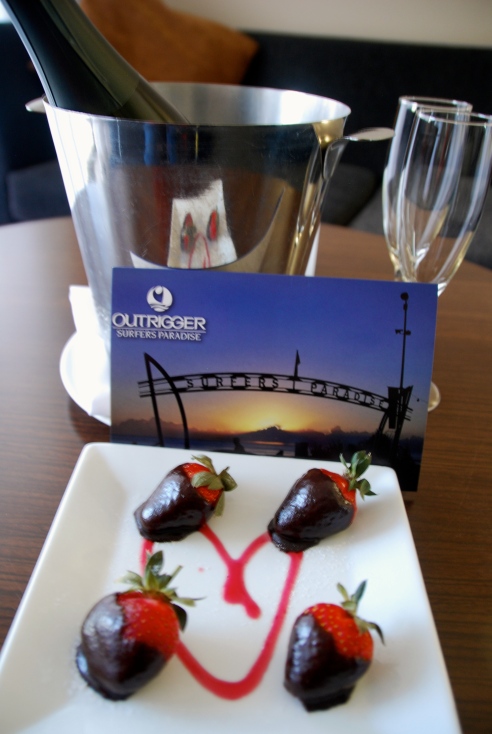 My room on the 21st floor had (like all 400-odd rooms) floor-to-ceiling windows and a balcony from which to enjoy the views of the Pacific Ocean. While some might bemoan the proliferation of high rise hotels and apartments along the Gold Coast beachfront, there’s no arguing with the views you get when staying in them. 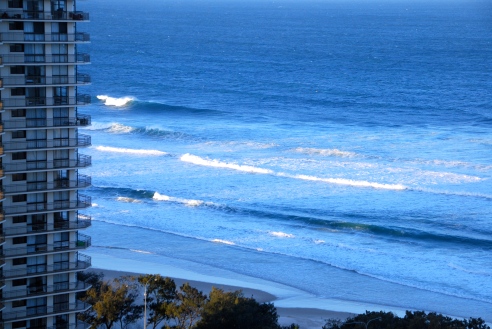 I could also look down on the street, and the tram stop, while I plotted my first ride on one of them. 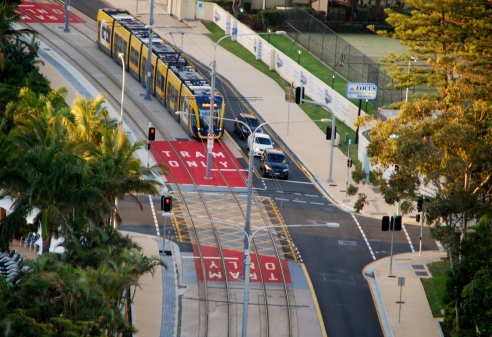 Once the sun had set and the view had disappeared, I headed to dinner at the hotel’s Deja View Restaurant (Outrigger is on View Avenue, so I’m going to excuse that small play on words). After a few drinks on the balcony outside the restaurant, we headed in to a seafood feast! On Friday and Saturday nights, guests can indulge in prawns, oysters, mussels, crabs and more at the seafood buffet (other nights, there is a daily changing Asian or Australian style buffet, as well as an a la carte menu). 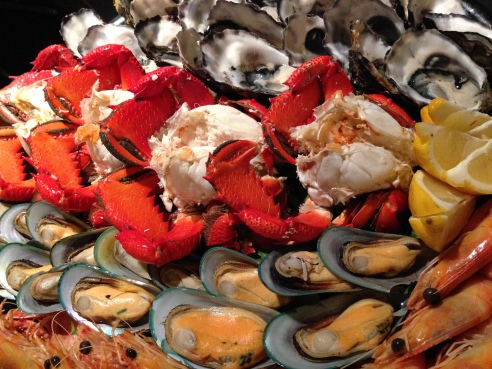 It was just what was needed to set us up for a couple of days of serious talking about the business of blogging. But as soon as the conference was over, I set about fulfilling that wish to ride “The G”. Having lived in Melbourne, where trams have always been part of the public transport system, I was keen to see how the new Gold Coast trams shaped up. And the Cypress Avenue tram stop was just across the street. 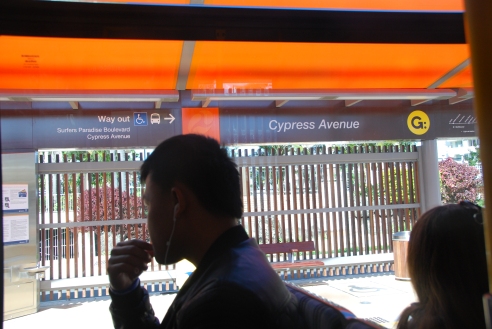 Friendly G:link staff were on hand, asking passengers if it was their first time (the trams only started running in mid-July) and offering help with buying tickets or using their electronic go card (I was able to use my Brisbane go card, as it’s all part of the Translink system). I rode north to Southport, and then back again to the end of the line at Broadbeach South. If I had kept going a few more stops north, the line ends at the Gold Coast University Hospital.

The trams come every 10 minutes during the day at the weekend, more often on weekdays – and with a go card, you pay around $4 (full adult fare) to go the full length of the network. And as you might expect on the Gold Coast, there are even dedicated spots for storing surfboards in the carriages. I loved it! 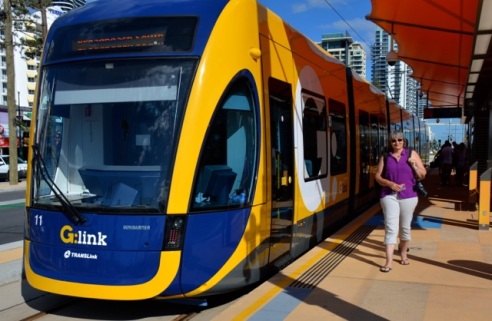 And as we passed Outrigger Surfers Paradise (I’d checked out by then), I snapped a few photos from the tram window. 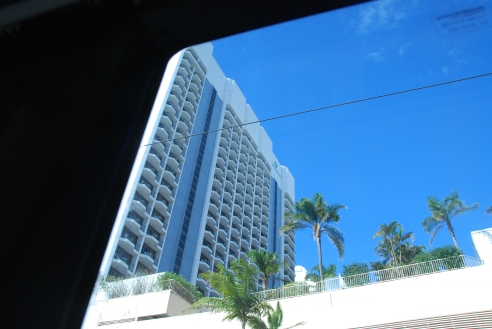 A Glass Half Full’s visit to the Gold Coast was supported by Outrigger Surfers Paradise. She used her own go card to travel on the tram.

9 Responses to “Riding ‘The G’ to Outrigger Surfers Paradise”