Sailing in the warm, calm waters surrounding the 74 islands of the Whitsundays has long been one of the most popular pastimes for locals and visitors to this part of Queensland.

Now there’s a new way to get out on the water, skimming along the blue waters of Shute Harbour on an outrigger canoe. With the sails up, I luxuriate in the fact that there’s very little paddling to be done (at least on this day) and I can truly take in the surroundings. 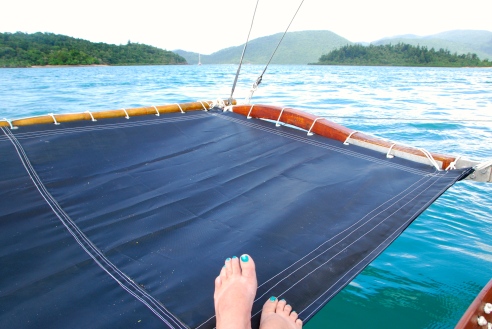 I’m in the capable hands of Stephen and Michelle Lynes, who own Whitsunday Flying Outrigger Canoe Tours and built their pride and joy, Ohana, themselves.

“Ohana means ‘family’,” says Michelle, and it was a family effort, with Steve’s father also lending a hand. The couple have 25 years of outrigger canoeing behind them, and have turned their passion into their business. 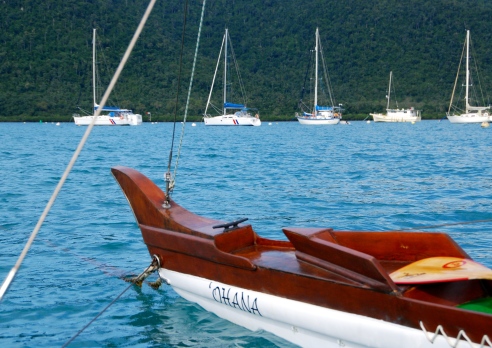 “We were lucky, really,” says Michelle. “But we were still out of the water for a few months.”

With room for only four guests aboard, this is a very personal experience. On the day I sailed with them, there were just two guests – me and a French backpacker called Joanni – and we had a wonderful time.

Snug in the canoe in our lifejackets, and armed with a paddle each, we had little to do while Stephen and Michelle set the sails and the wind carried us off along the Shute Passage and then to Canecutters Bay where we stopped for morning tea on the beach. A young Green Turtle popped its head up as we got into shallow waters, and a juvenile stingray cruised by. 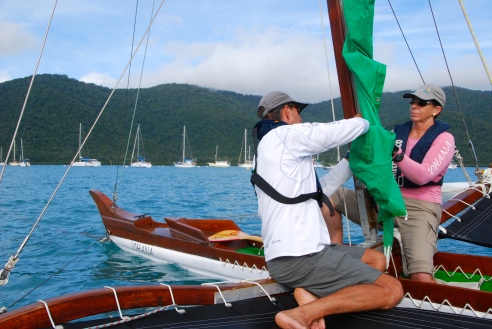 The beach was lined with old tin shacks, little more than shelters for fishermen and campers. After tucking into Michelle’s home-baked slices and some fruit – along with a cuppa – we had a walk along the beach, then headed back onto the water. 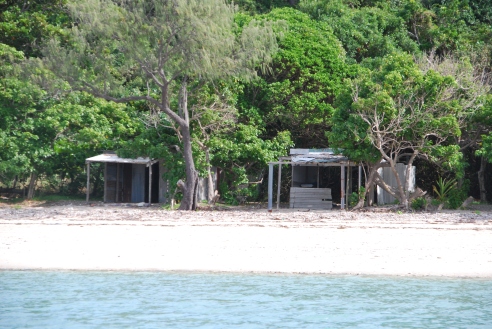 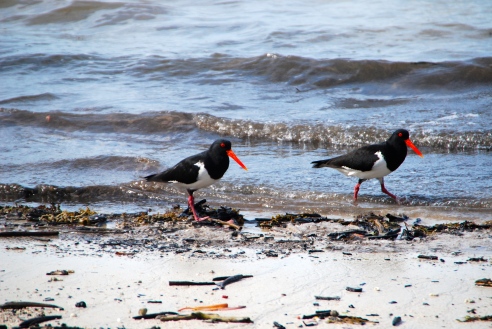 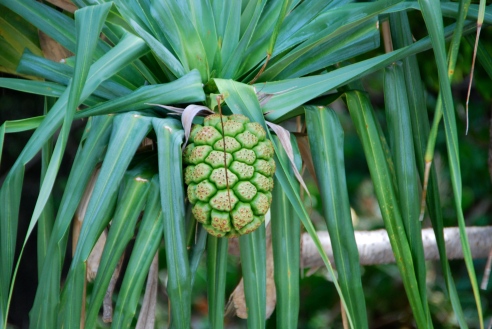 A bit of paddling brought us past Repair Island, and we hopped ashore again on Tancred Island  – part of the Molle Islands national Park – where Michelle wanted to show us a massive vine in a clearing in the bush. It was there – but so were a couple of tents, the occupants absent but the campsite well set up. 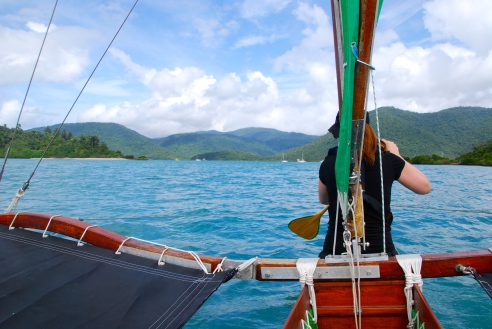 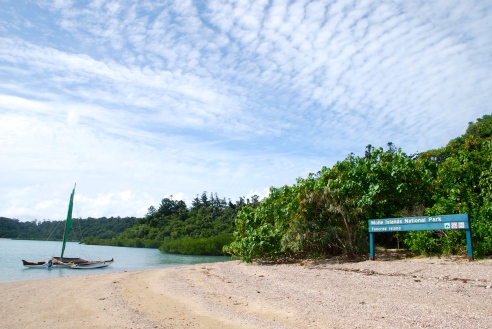 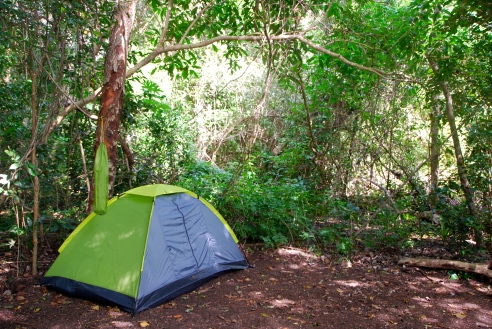 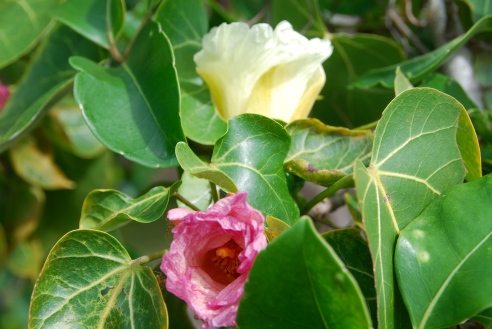 Our four hour tour, including pick-up from our hotels, seemed over in no time at all. And as a final touch, we were given a Whitsundays Flying Outrigger Canoe Tour postcard (with stamp) to send home to someone. What a great idea!  I sent mine to my mother.

2 Responses to “Outrigger sailing in the Whitsundays”