Margaret River, best known for the premiere West Australian wines that it produces, has a wealth of great places to stay.

On my recent visit, to speak at the Margaret River Readers & Writers Festival and do some touring of the region, I stayed at three places that were very different from each other and showed the diversity of accommodation on offer.

It was my third visit to Margaret River. The first was in 2003 and the most recent in 2010, while researching my book Great Australian Pubs, when I stayed in the Margaret River Hotel.

My first night was at the Grand Mercure Basildene Manor, a boutique hotel of only 17 rooms and suites. It’s a beautiful old stone building, classified by the National Trust of Australia. The rooms are all named for wines – mine was “champagne”.

In the lobby lounge, a fire was burning in the hearth – the night was cool – and the gardens here are just wonderful, with blooming roses and sweeping lawns. 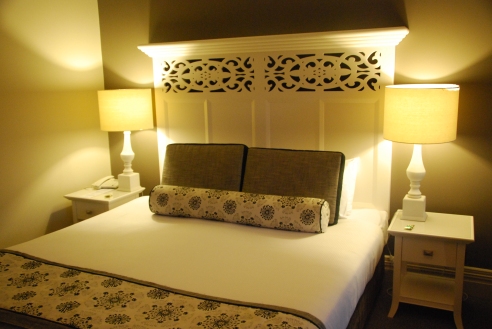 Built in 1912 by Percy Willmott, a lighthouse keeper at Cape Leeuwin, in the style of a grand English country estate, it is set on 14 acres, dominated by a massive oak tree reputedly grown from an acorn from the grounds of Buckingham Palace.

While the outside is granite, inside the manor is finished with local jarrah for the staircases, balustrades,  floors and the central gallery and main hall. It’s truly splendid.

In the name of research, I moved the next night to Gilgara Retreat, just outside the township. This was a real surprise package. The main building is a replica of an 1870s station house, long and low, on a gentle rise above the long driveway and sloping garden, dominated by a large tree showing autumn colours.

There are four guest rooms in this building, but the main accommodation is in modern “garden suites” designed in the 1970s but without any of the disastrously dated design effects. Self-contained, they have a lounge and kitchen area leading out to the gardens, with the bedroom on a level a few steps above and behind. 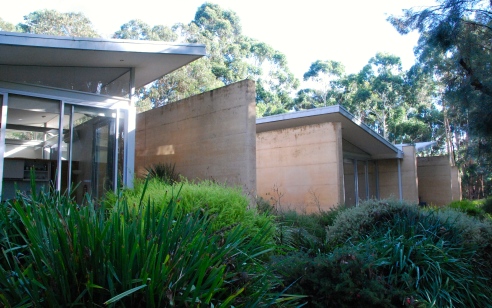 Owners Steven and Elaine Ward were about to hand over the reins and retire to Tasmania, but assured me the new owner would maintain their high standards of hospitality.

My final two nights were spent at the comfortable Margaret River Guest House. This is a lovely old-style bed and breakfast guest house, right in the heart of town. There are only six rooms (all with ensuite bathrooms) and free wifi.

The house itself is an old convent and has a fascinating history. The entrance opens into a welcoming lounge area with a log fire, and there is always tea and coffee on offer, with home baked treats in the afternoon (when I stayed, they were chocolate muffins). The rooms are simple, but clean, comfortable and charming.

The house was built in 1928 for a group of Anglican Sisters of the English Order of St Elizabeth of Hungary, who lived  according to the Franciscan tradition and wore grey habits that earned them the nickname “little grey sparrows”. The original gothic windows and door form part of the house.

I had the “courtyard room”, once part of the original chapel, with an ornate ceiling and original arched window. It also had its own entrance, straight out on a small verandah and into the garden.

The house has been operating as a guest house since 1969. There are photos on the walls of the original buildings and of the nuns.

Accommodation choices in Margaret River are almost as plentiful as wineries. So if you’re planning a trip, rest assured you’ll find something to suit you.

A Glass Half Full travelled as a guest of the Augusta Margaret River Tourism Association and Tourism Western Australia.