Some places get under your skin, embedding themselves in your memory and your heart forever. The Kimberley, in Australia’s far north west, is one such place. It is ancient, timeless and vast.

I know I’m not alone in feeling the draw of this outback region’s stark but unforgettable landscape. Once visited, it’s hard to let it go, and there’s always the thought that one day…one day…you’ll go back again.

My only Kimberley experience – so far – was a cruise along the coastline where this region meets the Indian Ocean. I sailed from Broome in Western Australia to Darwin in the Northern Territory with expedition cruise company Aurora Expeditions, taking 10 days to explore the shoreline between them.

The expedition leader was Mike Cusack, an adventurer who has a special affinity with and deep passion for this part of the world. In 1987, Mike and his wife Susan spent 12 months living alone and self-sufficient in the Kimberley outback as a “wilderness couple” for a project with the Australian Geographic Society. 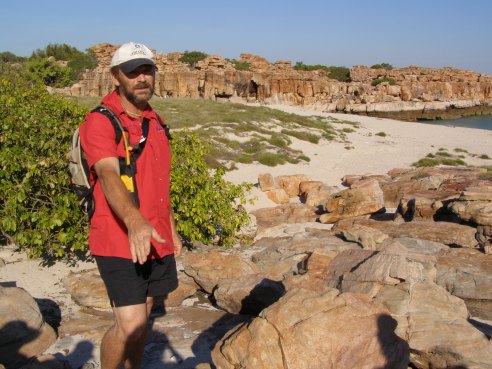 While the Kimberley’s wilderness has fully reclaimed the access route and mission clearings, Mike has found compelling evidence of the Three Mile Road during his past visits and more recently with the help of newly acquired aerial photographs taken in 1949.  On recent expeditions, Mike and his passengers have discovered a flagstone creek crossing, the remains of cattle yards and  yards, and an Aboriginal cemetery. 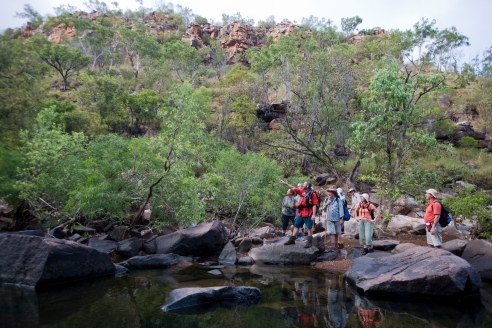 As part of the cruise, passengers hear Mike talk about the couple’s experience and of his love for this place. A phrase he used to describe some of the special places we went to has always stuck in my mind. He called them “cathedrals of the Earth”, the kind of places where the silence is deep, and the peace and isolation brings its own kind of fulfilment. Places that are balm for the soul.

The place where Mike and Susan had their campsite was near the abandoned Kunmunya Presbyterian Aboriginal mission site. This year, as part of the Aurora Expeditions cruises, Mike will lead a trek to rediscover a lost historical track used by missionaries nearly a century ago.

The track, known as the Three Mile Road, was built in 1916 to assist with the relocation of a Presbyterian Aboriginal mission to Kunmunya.  It linked a landing site at Nhorgor Inlet on the Kimberley coastline with the Kunmunya site in the south-east, and was used to transport building materials by donkey cart and to bring in supplies for the mission.

“During our year in the Kimberley, Susan and I learnt a lot about the struggle and hardships of living off the land. It takes a lot of energy, resourcefulness, and damn hard work to get by in this often harsh environment,” says Mike.

“It’s been a personal aim of mine to find and retrace the Three Mile Road. I want to pay tribute to the men and women who pioneered the region as well help our passengers understand the hardships of living in the remote Kimberley outback.”

The 9.5 kilometre trek will be a highlight of Aurora’s Kimberley voyages this year, including a stop at Mike and Susan’s old campsite. The ‘Kunmunya Wilderness Walk’ and the search for the lost Three Mile Road will be attempted on all three Kimberley coast departures between June and July. Voyages travel along the Kimberley coastline between Broome and Darwin (and vice versa) and include all daily landings and excursions.

Apart from this excursion, there are daily shore landings and the chance to explore some of Australia’s most inaccessible places – from the sea. Rock painting sites, waterfalls, canyons, and marine life are among just some of the treasures that await in the Kimberley.

If this trip appeals to you, special deals are on offer for bookings made before March 31, which include accommodation in Broome before or after your cruise.

As for me, I’m planning a trip back to Broome later in the year…so stay tuned for more on this interesting little town – with its history of Chinese gold-miners and Japanese pearlers – in August or September. I can’t wait! Meanwhile, here are just a few of my photographic memories of the Kimberley Coast (which don’t really do it justice). 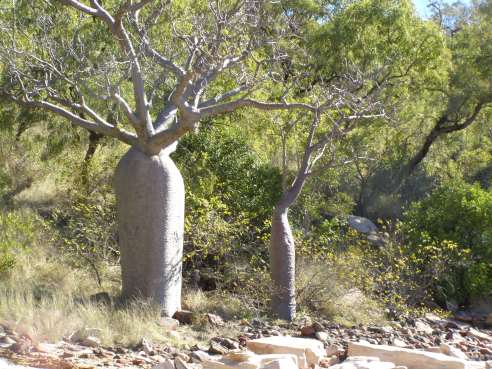 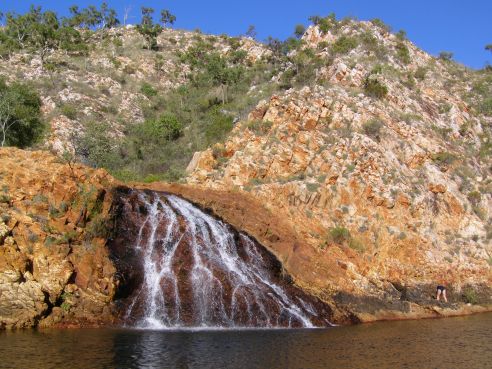 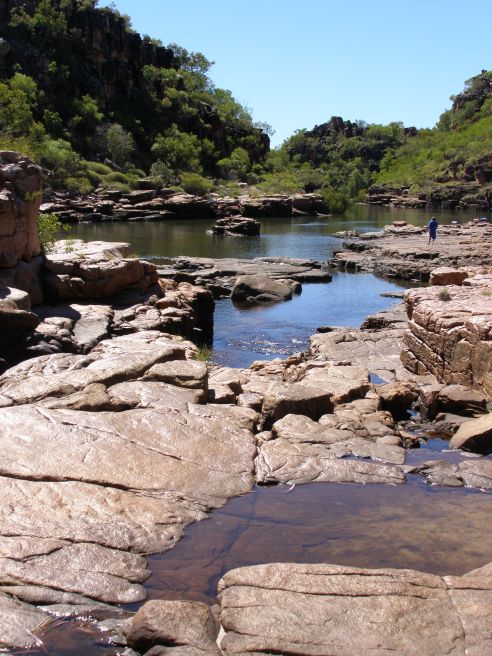 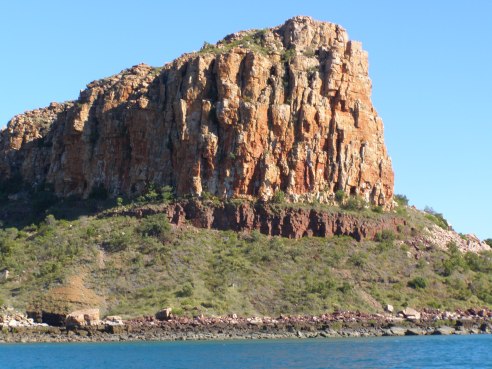 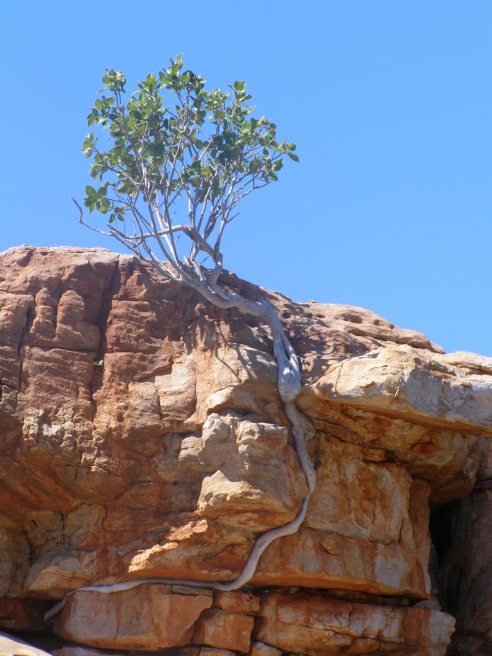